A WALK WITH WINSLOW

The sun came out this afternoon so I chucked my rainy day project (I mean placed it aside) put my mud boots on and headed out the door, Winslow Homer was okay with this idea. 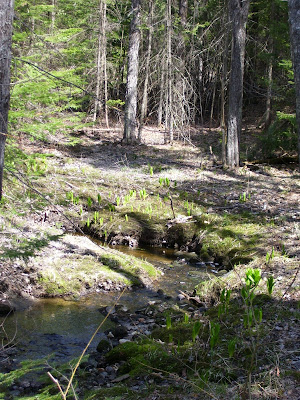 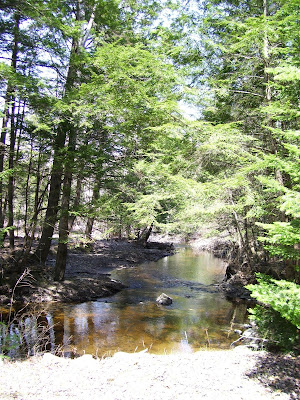 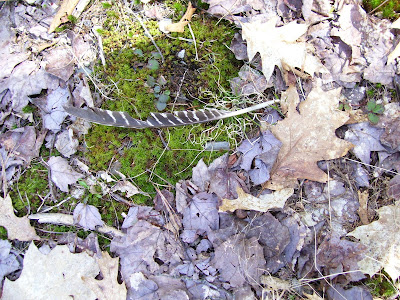 Yup, we encountered a flock of turkey's which Winslow promptly put in the tree tops. I don't know who was startled more us or the turkeys. 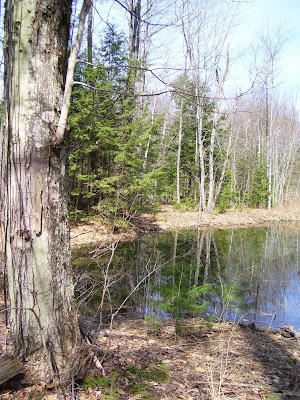 As we came upon our pond a pretty fox scampered past. Winslow spun into action and was hot on it's trail. This is a very intuitive fox, for you see since beginning our chicken coop he/she has been showing up daily checking out the new "digs" being built in the backyard. Upon returning to the door yard I noticed hawks flying overhead. Now this isn't anything new, but now that I have dainty banty's coming to reside, I'd rather they would fly somewhere else. Winslow is going to be placed on guard duty, maybe even bunking in with the girls. Winslow come back here leave that fox alone. Till next time!