This is Walker's Point, summer home to 41 or rather George H.W.Bush and Mrs. Bush. First I must state that we Mainer's are a stoic breed and tend to mind our own business and don't impose ourselves on famous people. Or shall I say we don't impress easily. That being said, today DH and I were off on a day trip. 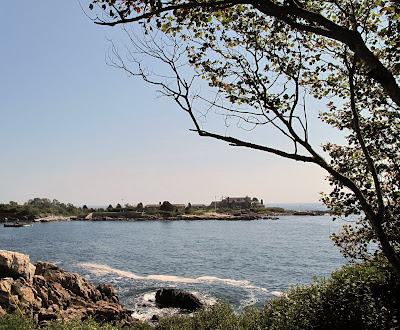 We were driving on one of the scenic roads in Kennebunkport actually looking for the Franciscan Monk's Abbey, when we happened to end up by the Bush compound. We have driven by Walker's Point many times over the years and have admired the view, however, never bothered to stop. Till today.

I happened to notice a man sitting in a boat which read "secret service", we decided to play tourist and pulled over. We proceeded to see a scuba diver coming out of the water, obviously for security measures. 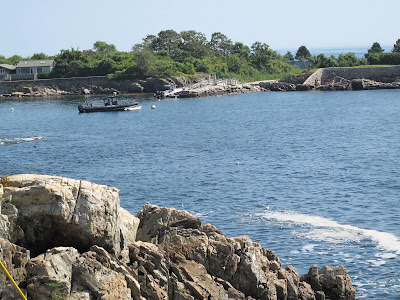 And behold 41 comes walking towards his boat. 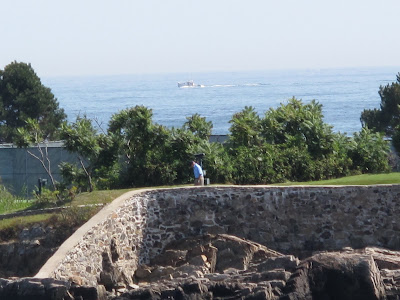 Not far behind Mr. Bush was "Bar" probably sporting the white pearls that she is so famous for 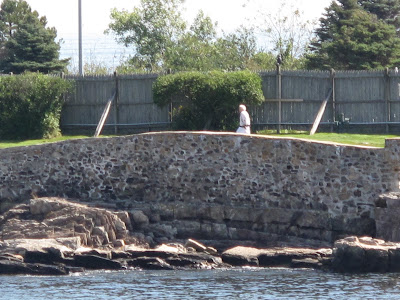 I can hear her say "George wait for me" 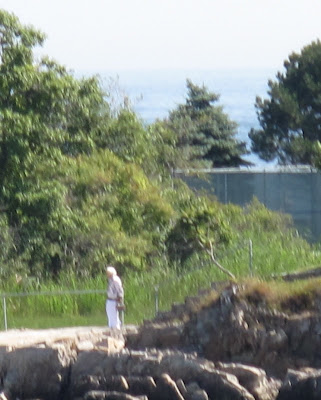 President Bush was sporting a cane, as he recently underwent hip replacement surgery 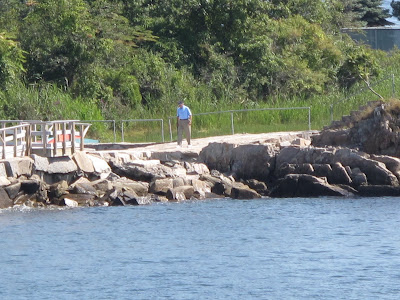 The Fidelity IV was ready to "rock and roll" she is sporting three very large Mercury outboard motors. 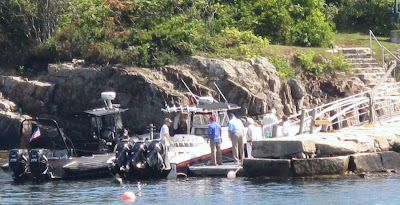 Here is a closer look at the secret service boat 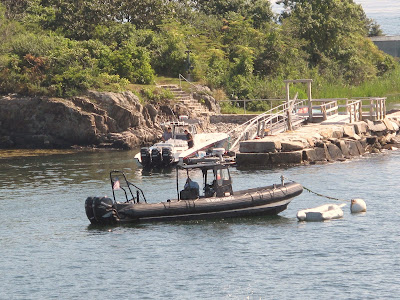 Everyone is aboard, life jackets on, and ready to go. We guessed the former first couple and friends were off for lunch at a local restaurant. Not untypical for the Bushes. 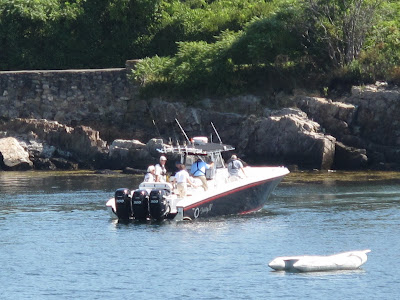 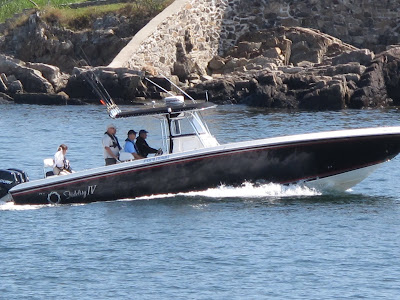 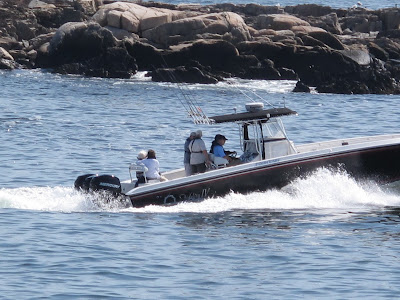 The Secret Service was not far behind. Sometimes it's fun to play tourist! Oh, and we never did find the Abbey