Yesterday my husband and I attended the Cumberland Fair, a small agricultural fair located in Cumberland Maine. This year the fair is held from September 27th through October 3rd with an expected attendance of 50,000. 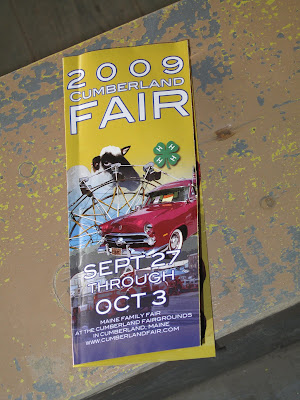 A farmer works from sun up till sun down 365 days a year. This poster says it all. 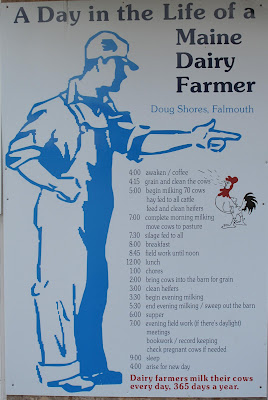 Due to a wet growing season the squash and pumpkins entrants were down. Typically there are 40 or more entrants and among those one or two pumpkins will weigh in at 1,000 pounds or more. This year there were two dozen entrants and the winner was Al Berard with a pumpkin weight of 896.5 pounds. The world record holder for largest pumpkin is Joe Jutrus of Rhode Island with a pumpkin weight of 1,689 pounds. 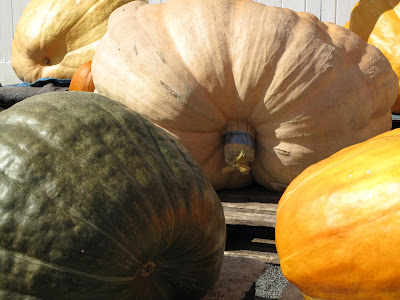 A pair of oxen giving me the evil eye. We owned a pair of steers when our sons were young. I actually was the one who wanted them, we adopted them from the dairy farm down the road. I believe as we left their driveway the Parson boys were laughing at me. (What does an island girl know about farming) Well, it was fun until they became massive in weight and size. Oh, they would become loose and wander over to the clothes line and eat my laundry. During the Christmas holiday Rocky and Bullwinkle would eat the pine wreaths that were adorning our doors. It took that experience for me to understand why cows need magnets in their stomach's. 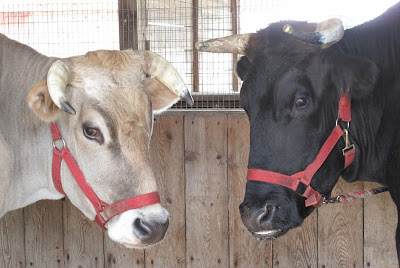 For now I am sticking with poultry. Once I spied these FrizzlesI fell for them. Yes sirree. They appear to have a bad hair day going on 24/7/365- just my kind of gals. 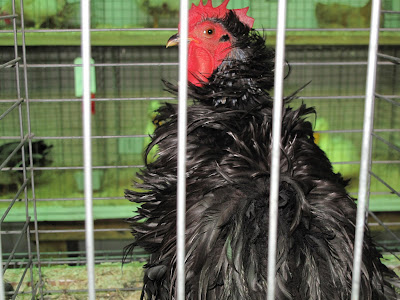 Oh, and than you have the Polish. They seem to have big personalities to go along with the large crown of feathers they sport. ( As well as being very vocal) 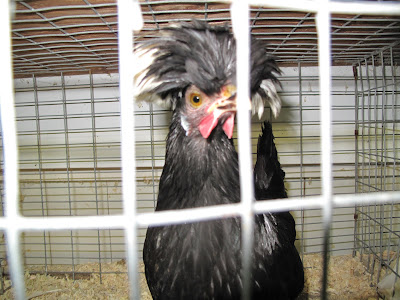 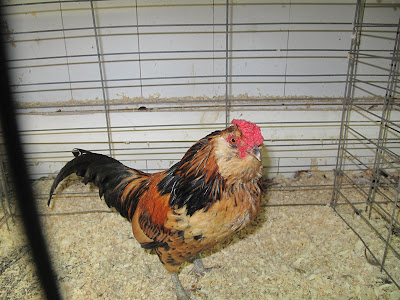 Fancy Silkies and Sultans which were rather reserved and regal. 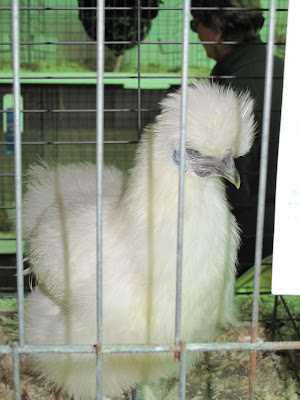 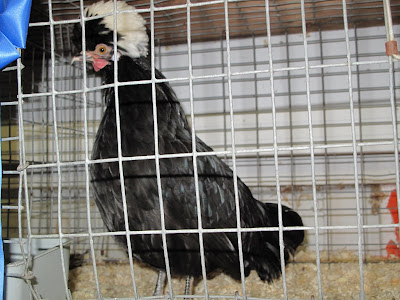 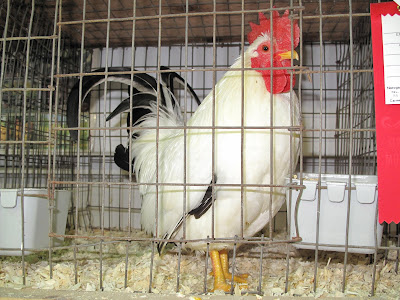 This lovely lady reminded me of Cruella De ville from the 101 Dalmatians movie. What do you think. 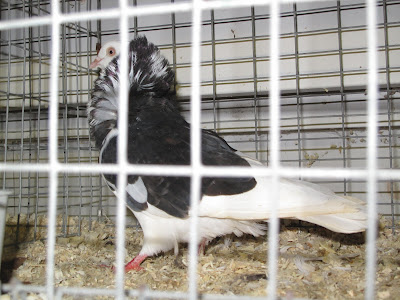 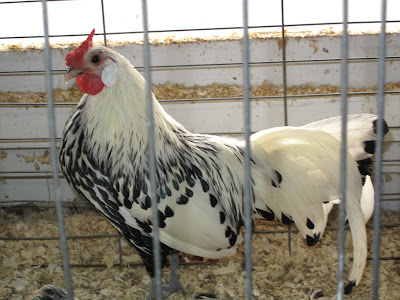 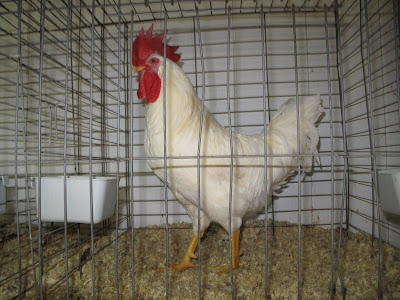 I was considering bringing this big fella home (I bet he would put Winslow Homer in his proper place) but somebody beat me to him.

And look at this boy, a handsome Buff Orpington.I bet he don't take no S*** if you know what I mean.

I think I need to check legs one more time!