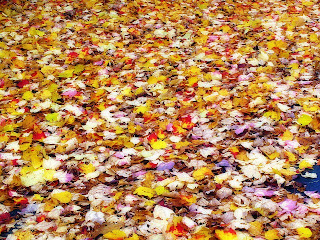 Last Tuesday evening Glen Campbell was greeted with a standing ovation from some 1,200 fans at the Merrill Auditorium in Portland, Maine...his farewell to his many fans, not just for this evening, but for all the years...a gift... Glen Campbell graced the stage with dignity and poise. How very brave of this man and his family to fight the battle against Alzheimer's Disease in such a public forum. I was so impressed with the three Campbell children, Ashley, Cal and Shannon all gifted musicians in their own right, who gently keep their dad on the straight and narrow during the entire performance...Glen Campbell dazzled the stage wearing an off white suit and blue ruffled shirt. He began the evening with such hits as "Gentle On My Mind"... "Galveston"..." By The Time I Get To Phoenix"..."Rhinestone Cowboy"...  Glen's voice was strong and clear, his guitar skills still amazing...however, at times he seemed uncomfortable...losing his way...confused...his clarity gone. The seventy minute set was over much too soon... bittersweet...Glen Campbell ended his performance with a song from his new album titled "Ghost On The Canvas"
The song, "A Better Place"

Glen Campbell took his bow,  fans clapped and cheered, Glen walked off the stage surrounded by his three children and simply said "BYE."