FROM ONE MOTHER TO ANOTHER

Thank you dear blog friend's for your kind comments and concerns in regards to my dear hen Charlotte. She is on the mend and recovering quite nicely. Her limp appears gone and wing seems fine as she is once again able to fly to perches and to roost. The incident however, caused such a state of stress amongst the girls that their egg production has dropped off dramatically. Can't say as I blame them, I too would be a nervous Nelly. I am still in awe over the fact that Charlotte not only survived the incident, but found her way home. Who ever said chickens were dumb did not know what they were talking about! I will keep you all posted if Charlotte decides to switch teams and becomes a rooster. One of my blog readers revealed that this did indeed occur with one of her hen's who had survived an incident similar to Charlotte's. Take about amazing chickens! 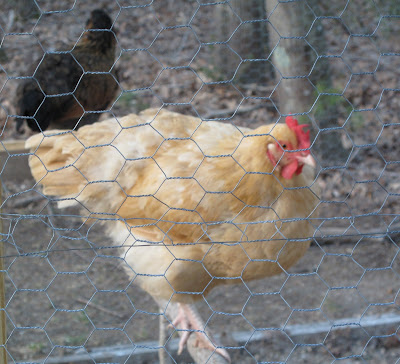 First outing after the incident Winslow Homer the hero dog remained close at hand. The girls did not wander far from the backyard and remained close together. I did notice more "chirping" amongst them and any out of the ordinary sound or movement prompted the girls to scramble together, remain silent and cautious. 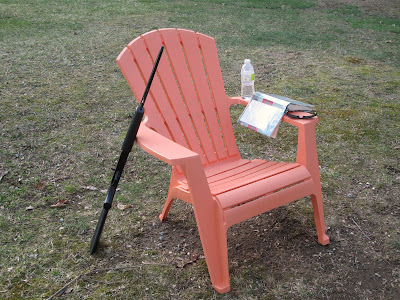 So this is what it has come down to, me toting a gun. My cousin Eve would be proud of me I'm sure. The first time I held a weapon was at Eve's home in New York. I did not think my hand was ever going to quit shaking. I just am not the gun toting type, but I do respect responsible gun owners. Seeing me sitting in my reading chair with a gun was cause for a good laugh. ( "Mom, you'll shoot your eye out!") Mrs. Fox has indeed reappeared and Winslow Homer did swing into action as I flew around scurrying the girls into their coop. I need to confess mama fox is a real beauty, healthy, stunning coat with a cry to match. Now, I don't intend to kill or mame her ( as if I could) I just want to scare her off. I realize she is just trying to provide for her kits, but I sure would like for us to come to some sort of agreement- she remains on her side of the field and my girls remain on theirs! Sounds reasonable doesn't it?