A friend of ours came for a visit last weekend and was surprised to learn that I was now a chicken keeper. I was filling him in on my and the girl's escapades, along with the tale of Charlotte's and Gladys' survival and miracle return from the grips of death. 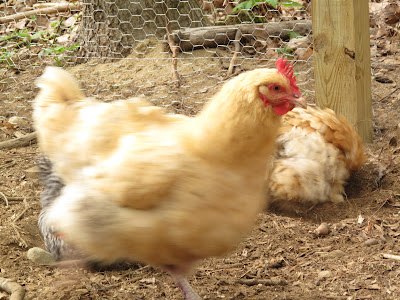 It seems his mother too has been experiencing issues with Mr. Fox. Her Guinea population, once numbered fifty had dwindled to six. Her prize turkeys-two hens and two toms, now consisted of two hens. So those of you who were horrified at my mention of killing a fox, relax I couldn't kill it even if I wanted to. Our local fox population has proliferated to large numbers, are healthy and beautiful. To tell you the truth as far as I can see eating high off the hog. Whoops, better no say that hogs could be next! I'm just saying.