GHOSTS OF HALLOWEEN PAST

I love Halloween. I love the colors black and orange and old Halloween memorabilia. Our sons are now grown and Halloween isn't quite the same. No preparing costumes, trick or treating, or Halloween parties. So as a couple of empty nesters DH and I have begun our own Halloween traditions. Winslow dons a costume, this year I made him a chicken hood, but he was too embarrassed to pose. At twilight we head to a most magical place, "The North Gorham Cemetery". Now DH and I have been going to this cemetery walk for the past five years. This event is credited to one gentleman. Not only does he carve all the pumpkins, (we think he must have help, our son says "no") but he purchases them as well. A jack-o-lantern is positioned on each gravestone no matter how high or low. We drove by the cemetery in the late morning and saw no evidence of pumpkins. On our return through a few short hours later the pumpkins were all in their places. 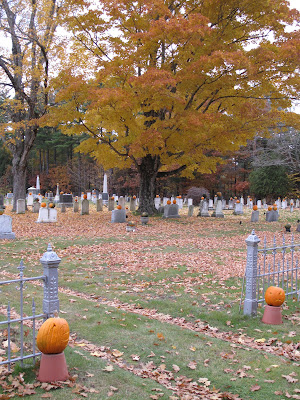 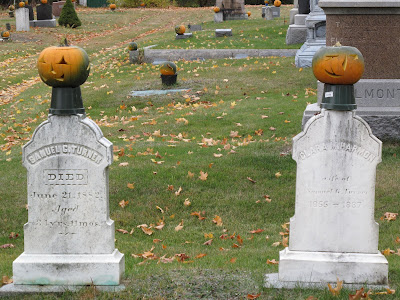 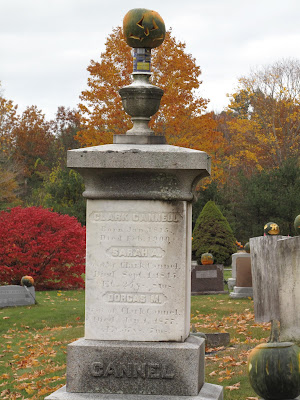 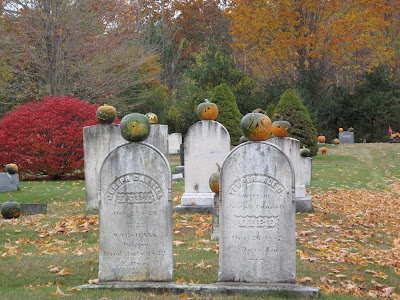 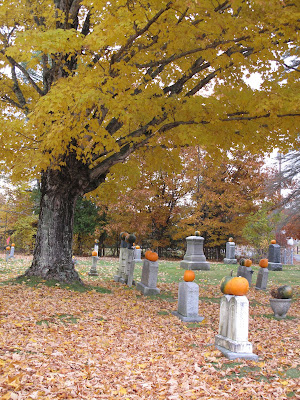 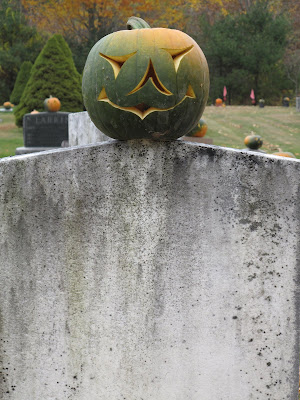 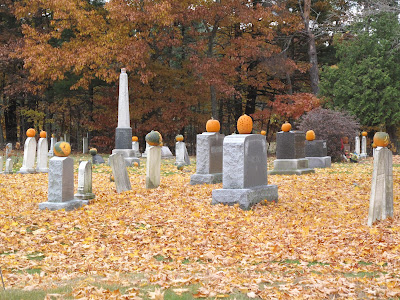 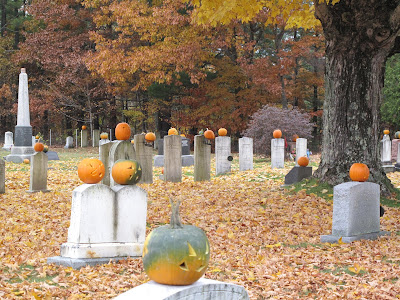 At dark the magic begins 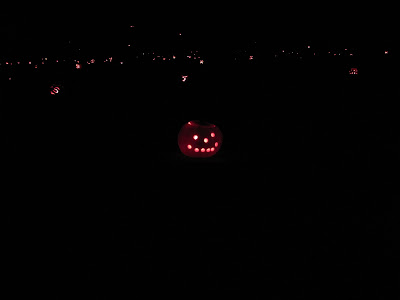 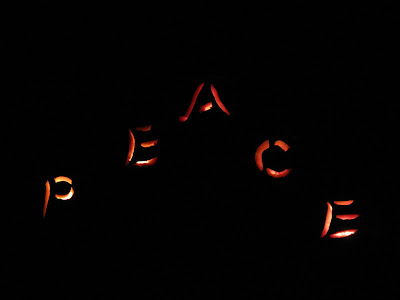 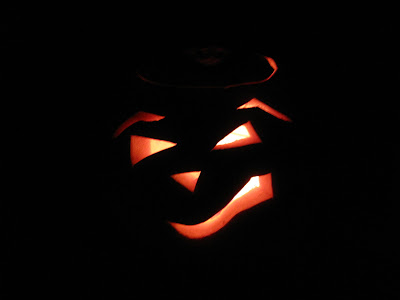 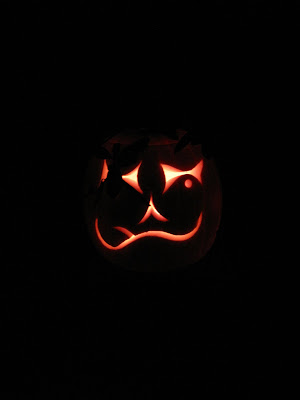 The rains came early, but It was still a most amazing sight! I Hope your Halloween was as "Spooktacular" as ours !