Here is my handsome boy Winslow-Homer, newly "fresh" from an at home "spa treatment". Winslow is a Cairn Terrier and believes he is a big dog in a little dog's body. He has a mind of his own and grooming is not always a positive experience. (Winslow is "the" dog that has the red check mark by his name, earned for his naughty behavior at the groomers.). So now, instead of stressing about his behavior, I do it myself. Today I pulled the garden hose out to warm in the sun, brushed out his puckers, gave him a haircut and bathed him. Once dry, a second brushing. "Oh Winslow not only do you look good, but smell like" lavender in summertime". 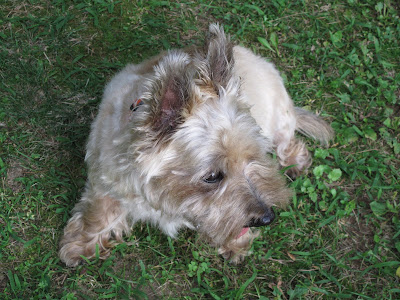 How short lived that was. I had no more put things away when I discovered he was covered in puckers once again. Those nasty little green things that stick like glue. 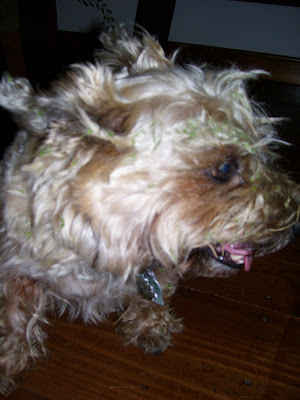 And of course to top it off he just had to roll in chicken poop. I think Gladys and the girls were secretly laughing at me. 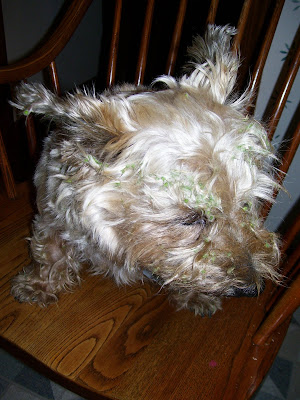 Winslow it's time out for you! (Boy,I haven't said that in a while) 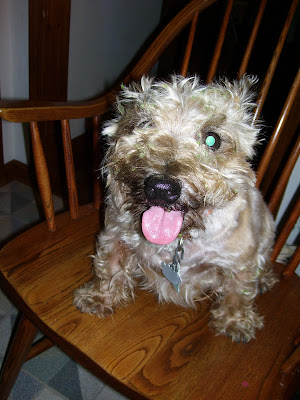 Just wait till your daddy gets home!