There is nothing like Fall in New England. The once green foliage has now begun to show signs of yellow, red and orange. Orchards everywhere are abundant with apples, cider, gourds and pumpkins. If you are lucky your visit to an apple orchard may coincide with the on site making of fresh cider donuts and hot spiced apple cider, a simple Fall delight. 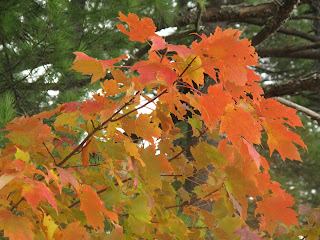 Fall in Maine also means "buttoning up" the family camp for the season. 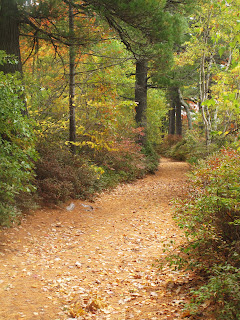 The raft is pulled in to the beach and secured. Inside, the refrigerator is emptied, mouse traps laid, pipes drained and wood stacked. This all takes place before the middle of October, cold weather comes quickly to the hills of Denmark Maine. 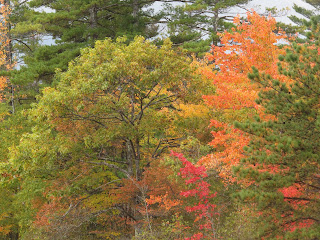 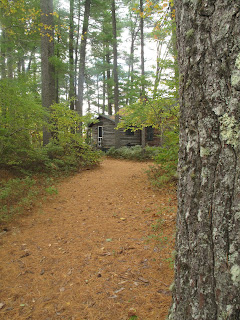 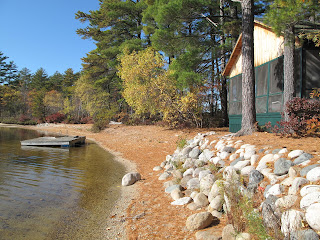 If you happen to stand on the beach in front of the camp and look southerly, high in the hills is a gazebo. A gazebo which has remained hidden in our failed attempts to find it. On this most glorious October day DH and I decide to make another grand attempt. 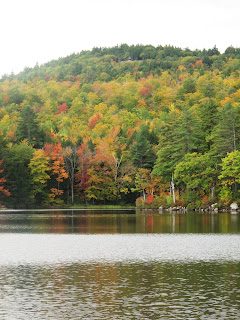 In the above photo these is a little bit of ledge in the center, the allusive gazebo proudly stands anticipating our arrival. 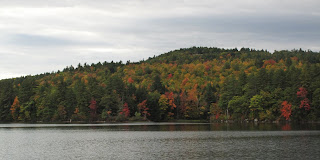 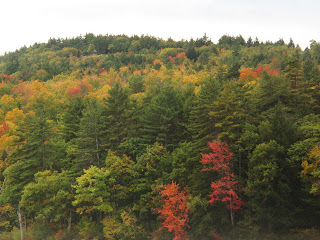 Up into the hills we go, traversing on winding dirt roads- finally we come upon our first clue "hikers welcomed." It appears as though we are trespassing, however, we have been informed hikers are welcomed. After a few moments we spy the gazebo standing alone in the clearing. Such a welcoming sight to behold. 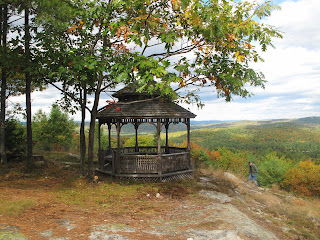 High in the hills it rests. 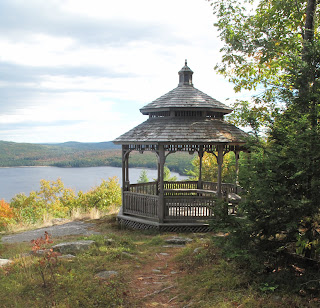 Standing guard over Hancock Pond. We sit and marvel at the breathtaking views while enjoying our lunch. Someone spent a tremendous amount of money not only building the gazebo which as you can see is located in a remote area, but also had electricity brought to it as well. If you notice in the below photo, a sandbar on the left hand side- there sits our family camp. 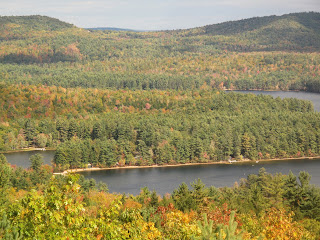 It truly is a breathtaking view....

one I hope to come back and enjoy again and again.... 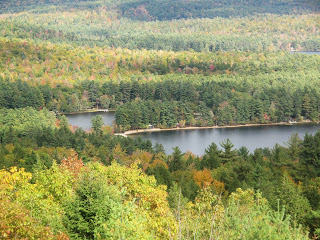 ah, the simple joys in life- I do believe are those which make us the happiest....
Posted by Dog Trot Farm at 7:11 PM 20 comments: