There is a portion of Sleepy Hollow cemetery which is known as Author's Ridge. There you will find a small grouping of famous poets and authors buried within a stone's throw of one another. First is the family head stone of American poet Ralph Waldo Emerson. The inscription in the center of the stone is weather worn and hard to read (The weather was not helping matters as it was cold and rainy) however, it is indeed the resting place of Mr. Emerson and family. 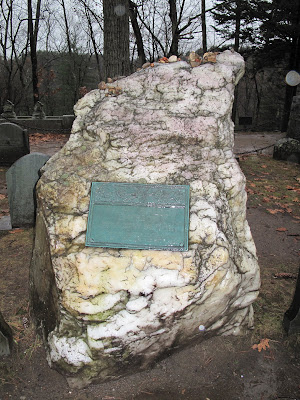 Further along the ridge is American author Nathaniel Hawthorne. Some of his famous works include The Scarlet Letter and The House of Seven Gables. 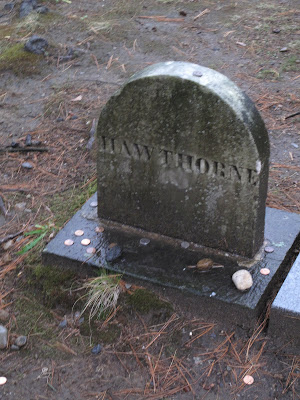 This is the family headstone of American poet Henry David Thoreau. Mr Thoreau never married and is most remembered for his work "Walden" or "Life In The Woods." Thoreau built a cabin on the edge of Walden Pond on property belonging to Mr. Emerson. He lived in the cabin for two years, mostly in solitude. 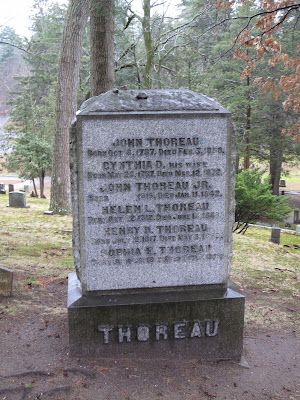 flowers left from a recent admirer 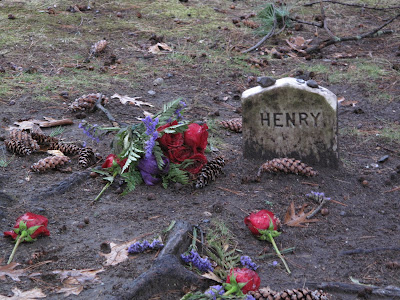 The Alcott family. The only sister not to be buried here in the family plot is May. At the time of her death she was married and residing in Europe. Months after giving birth to a daughter she became ill with "birth fever"and passed away. May is buried in Europe, however a stone similiar to her sisters is found in the family plot. 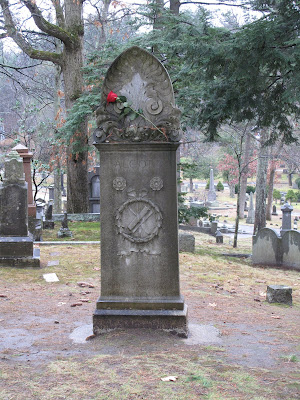 Louisa May Alcott died March 6th, 1888, two days after her beloved father.
She never married and was proud to be an independent women of monetary means. With her writings Louisa's lifetime income was $200,000 dollars. Louisa earned more that Mr. Emerson, Hawthorne and Thoreau. 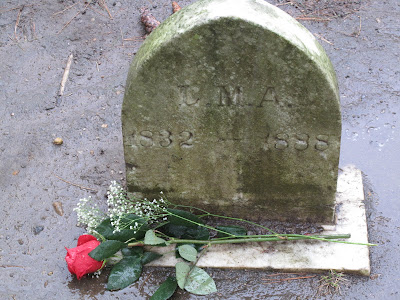 "Love is the only thing we carry with us when we go,
and it makes the end so easy. ~Louisa May Alcott~