September 11, 2001 a day that will remain in my mind and heart forever. 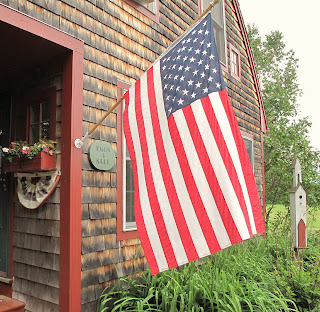 We all remember where we were and what we were doing on September 11, 2001. We recall that it was a perfect September morning with crystal blue sky and a coolness to the air. I was in my kitchen preparing morning snack for my preschoolers. I along with the rest of the world watched as the unimaginable day of terror began to unfold. It was a day that changed America and her people forever. Later, as the days passed we learned two of the terrorists spent the night of September 10th in a hotel here in Maine. The two also visited Wal-mart, the Wal-mart where I patronize . On the morning of September 11 th, these two men boarded a plane in Portland, Maine and three hours later flew a plane into the North Tower of the World Trade Center. A few years prior, my mother and I had dined at Windows On The World, the restaurant located on the 106 floor of the North Tower. I recall how quickly the elevator transported us up to the top level, the wall of windows which enclosed the restaurant offering such a breath taking view, along with the actual sway of the building. September 11th is a day in history I will never forget nor I'm sure will you. God Bless America and all our brave soldiers who protect our freedom each and every day. A heartfelt thank you.
Posted by Dog Trot Farm at 1:59 PM

A wonderful tribute, Miss Julie. Thank you. Take care of you and yours, from central KY.

It was a day none of us will soon forget.

God Bless us all and may this never happen to us again.

Such a fitting post for the day. Thank you,
Amy at Verde Farm